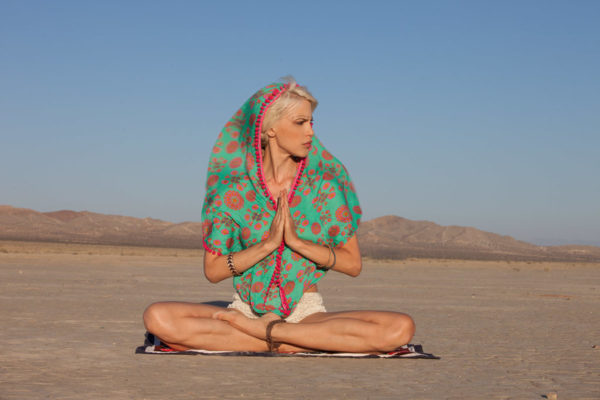 More than the studio itself, where you will find many classes (not all forms of yoga are available, but there is a wide choice), we were impressed by the personality of one of the two founders: Aria Crescendo.

Her name is a clue to her past as a dancer, since Aria worked for many years at the Crazy Horse. After years of intensive work, she discovered yoga in Los Angeles. She then trained as a teacher in France, and wrote and published Le Yoga de ma Vie in 2006. She went on to become a yoga teacher at the Star Academy. Since then, she has coached many celebrities. She opened the studio in early summer 2016 with her associate Gus Forristal. Gus also has an amazing background, as a martial arts champion and acrobat.

Before or after the classes, you can enjoy the pressed juices at the Juicy Lab and fresh salads.

Aria is not interested just in Yoga. She is interested in the whole body and everything that does the body good. Find out more, in Boulogne, or in her books.