Menu
Home/Practice/WHY DO WE ALWAYS OPEN A YOGA CLASS WITH THE SOUND OM? 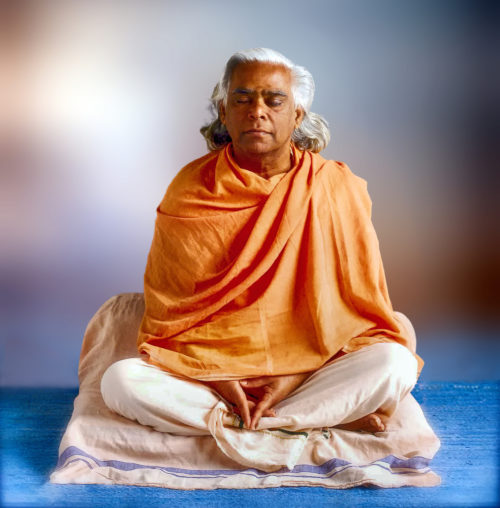 As previously explained, a Mantra is energy (which some may qualify as “mystical”) structured around the utterance of a sound or series of sounds. Its vibrations directly touch your chakras, the focal points of the body we work on during a Yoga session.

Yoga isn’t a gym class. It isn’t just a tool used for relaxation. Some scientists jokingly demonstrated that you could reduce your heart rate and blood pressure by simply staying still and concentrating on the sound of a clock ticking (the infamous “tick-tock” that also prevents us from sleeping) or on the sound of water dripping from a tap. Yoga is a spiritual, philosophical, and physical journey. It is based on ancient texts written thousands of years ago (we are not able to date them exactly).

Opening a yoga class is first about opening this moment where you try to let go of emotions, mental constructions (“I should have said that,” “I should have replied this,” etc.), regrets, expectations, to connect with your inner self. Plain and simple.

Patanjali, one of the founders of Yoga, believed that the OM sound helped connect with one’s Consciousness and vital energy. The OM sound contains the sounds “Aaa”, “Uuu”, and “Mmm”. When chanting the syllable “Aaa”, the vibration is felt in the lower part of the abdomen. The syllable “Uuu” is felt in the chest. And the sound “Mmm” vibrates in the head. Chanting “OM” opens up the energy of the whole body. We can then connect with our consciousness.

Interestingly, the OM sound is very close to the Christian “Amen” (which itself comes from Hebrew) and Islam’s “Ameen”. This further testifies to the universality of it all: chanting these syllables will open up a whole new world.

This is the reason why, whatever the country, whatever the type of yoga you practise, you will always begin a class with a few OM sounds. This is also, for the same reasons, how you will end a class.